PAB Newsletter #14 – A scope to Achilles’ tendinosis and ruptures; a nightmare for basketball players

Globally every year, there are more than 100 million musculoskeletal injuries. Among them, 30-50% of all sports-related pathologies are tendon injuries and in particular, 6-18% of which are the Achilles tendon [1]. Achilles tendon ruptures are increasing with a recently quoted incidence of 55 per 100,000. Injuries in the over 60s are increasing most, while those younger than 39 years of age are decreasing slightly [2]. When Achilles tendon ruptures were studied from a population in the United States, sporting activity was responsible for 68% of the ruptures, of which basketball was the most commonly involved sport accounting for 48% of sports-related ruptures and 32% of all ruptures, respectively [2].

When someone of 70 kgs does a medium distance run, the pressure built on the tendon is 5000 Newtons. This pressure leads to a 6% elongation of the tendon. 8% of these injuries are thought to be strain-related rupture [1]. A healthy tendon’s tensile strength peak level is during 25-35 years old and decreases with age. However, older athletes, athletes atypical in size for their sport, high tensile loads, leg dominance, and fatigue also may increase risk. It was analyzed according to injury mechanism, gender, body mass index (BMI), and age. In both studies, the lesion resulted more frequently in men and the sport involved in most of the cases was basketball (32 and 42.6%, respectively) [3].

According to the motion analysis research, it was determined that a player spends 15% of their active time during a match standing, 14.4% walking, 11.6% jogging, 10.4% running, 5.3% sprinting, and 42.8% doing basketball-specific movements. (Abdelkrim ve ark., 2007, Tessitore ve ark., 2006: Spencer ve ark., 2005). The game of basketball requires various physical qualities for consistent success. Basketball players have been documented as performing up to 1000 differing movements (including significant volumes of cutting, jumping, and sprinting). A high degree of vertical movements, requiring 35–46 jumping and landing activities per game, over twice those of soccer or volleyball.

The essence of tendinopathy is a “failed healing response.” This model suggests that, after an acute insult to the tendon, an early inflammatory response that would normally result in successful injury resolution veers toward an ineffective healing response, with degeneration and proliferation of tenocytes, disruption of collagen fibers, and subsequent increase in a non-collagenous matrix [4]. A lack of exposure to adequate levels of physiological stress over a prolonged period or “underloading” may paradoxically predispose to overload injury. An underloaded tendon may become unable to cope with increased demands imposed on it. Thus, underuse of a tendon may result in an imbalance between matrix metalloproteinases and their inhibitors (tissue inhibitors of matrix metalloproteinases), with resultant tendon degradation [4]. Molecular agents may link the events of tendon degeneration and ineffective tendon healing with the production and persistence of reactive oxygen species (ROS) within both the intra- and extra-cellular environment of the tendon tissue. Reactive oxygen production is strongly influenced by lifestyle factors, e.g., nutrition and the intensity and frequency of exercise.

The ROS may mediate processes of cell proliferation, differentiation, and adaptive responses [4]. At higher levels, ROS may initiate and/or execute the demise of the cell through programmed as well as necrotic cell death mechanisms [4]. ROS are implicated in overuse exercise-related damage in muscle and may harm fracture healing in the bone [4]. The ROS may be involved in tendinopathies or other stress reactions: indeed, synthesis, structure, and integrity of connective tissues are influenced by them. Reactive species may be produced within the intra- and extra-tendinous environment. Increased phagocyte activity probably does not contribute to elevated ROS production during short-term exercise, but may act as a secondary source of ROS during recovery from heavy exercise [4].

During cyclical tendon loading, the period of the maximum tensile load is associated with ischemia and relaxation with reperfusion. This restoration of normal tissue oxygenation may lead to enhanced ROS production. There is potential for re-oxygenation resulting in a cycle of enhanced ROS production, most probably at sublethal levels within the non-degenerate tendon. Hyperthermia is a feature of tendon use inducing ROS production. During exercise, the central core temperature of the muscles can exceed 47 °C, a temperature resulting in increased ROS production in mitochondria. Similarly, in exercising the tendon, core temperatures may reach 45 °C, contributing to their damage [4]. Cooling might affect the prevention of injuries.

The first step of the treatment of overuse injuries is to protect the injured site by reducing tissue loading and mechanical stress. The training should be adapted but activities that do not stress the injured site generally can be continued. Being overweight and the number of kilometers performed are considered risk factors for injuries. The role of other factors such as the shoes, stretching, and biomechanics is unclear. Achilles tendinopathy can present as a Para tendinitis, tendinosis, or both. Contributing intrinsic factors include the older athlete, female sex, high body mass index, tall height, pes cavus, foot hyperpronation, leg length discrepancy, limited mobility of the subtalar joint, age, use of steroids, estrogens, forefoot varus, and lateral instability of the ankle. Important extrinsic factors are training errors or changes in training pattern, poor footwear, running on inappropriate surfaces, etc. [5]. Initially, pain is experienced after exercising but with disease progression, it can be present throughout the sporting activity. On examination, the tendon may be swollen and tender as well as thickened and nodular. Eccentric exercises are the most used prophylactic strategy: they cause tendon length changes, lengthening the muscle-tendon unit by sarcomerogenesis. This way, a greater muscle force arises, muscles decelerate eccentric loads, and tendons are offloaded. Orthotics can be used to correct foot and ankle malalignment [5].

Inadequate recovery after excessive and repetitive overloading is responsible for an overreaching and overtraining syndrome. An effective preseason conditioning program should focus on:

In the case of Achilles tendon rupture, operative and non-operative treatments are the options. Since recent studies of operative and non-operative treatments have shown no difference in re-rupture rates and low re-rupture rates in large nonoperatively managed patient series, there has been a trend to manage the general patient population nonoperatively [2]. After suffering the injury (NBA), 36.8% of the patients had to retire or were holders in less than 10 games to the rest of their sports career [3]. There has always been the assumption for high-performance athletes, the best treatment is operative repair following rupture. Patients undergoing minimally invasive repair were significantly more likely to report satisfactory subjective outcomes compared with open surgery [2]. Operative treatment reduces the resultant calf muscle weakness, which can be as much as 30%, tendon elongation, and re-rupture rate [2].

A ruptured Achilles tendon elongates for up to 6 months after surgical repair regardless of early or late weight-bearing in combination with ankle mobilization. Thick tendons do reduce in cross-sectional area from 6 months until reaching a plateau thickness. Rehabilitation following Achilles’s tendon rupture can be considered in several phases: controlled mobilization, early recovery, late recovery, and return to sport. Despite these distinctions, contributors to return to sport (i.e., strength deficits, psychosocial concerns) should be considered throughout the rehabilitative process. 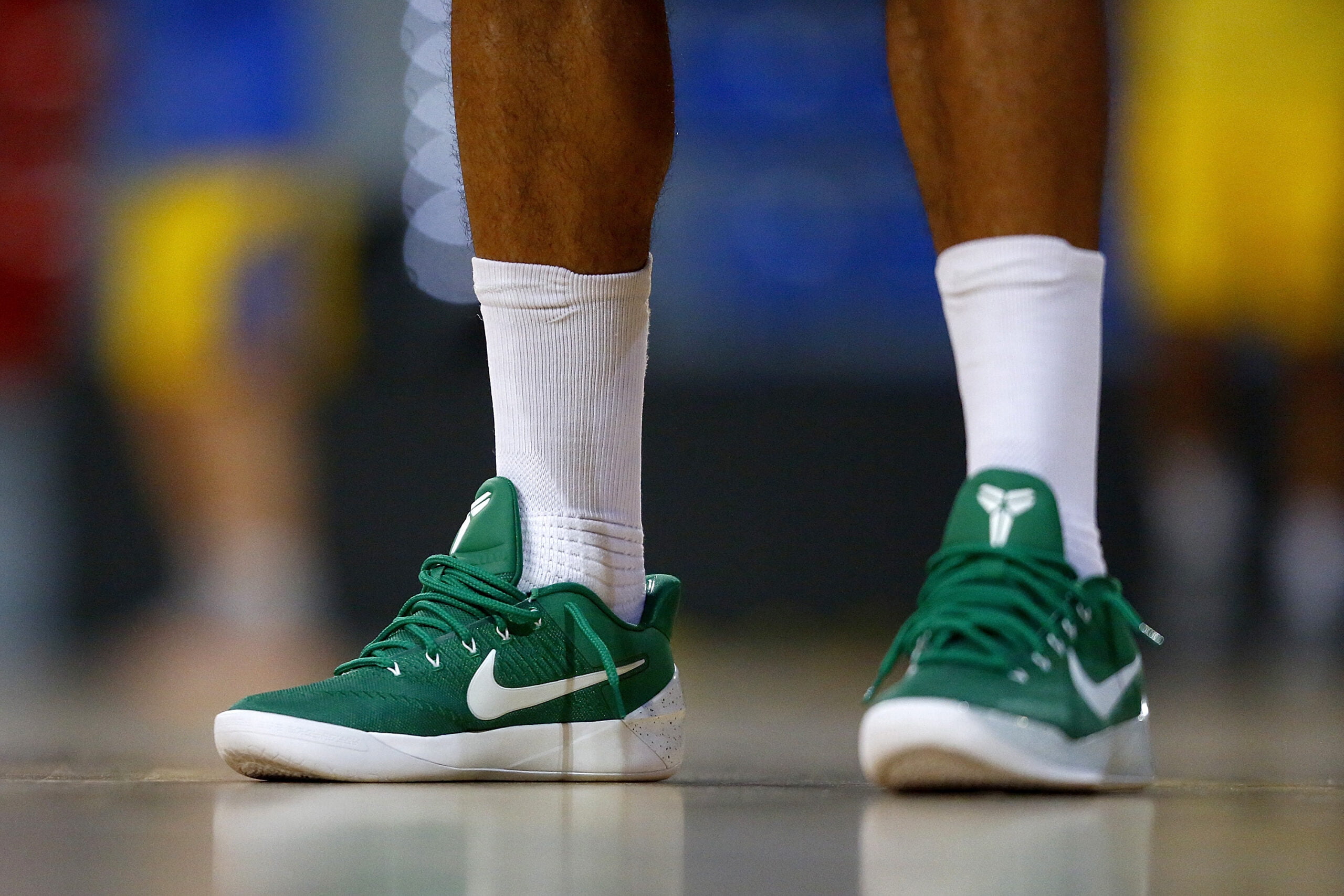